The late Cilla Black, who died over the weekend in Spain, is set for a posthumous UK chart hit with 'Anyone Who Had A Heart'. 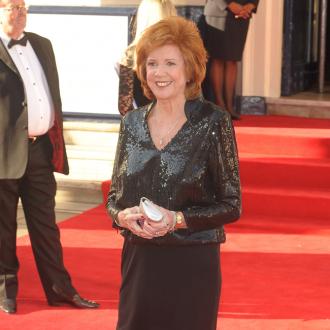 Cilla Black is set for a posthumous UK chart hit with 'Anyone Who Had A Heart'.

The Liverpool-born singer first released the cover of Burt Bacharach and Hal David's song in 1964, but it has reappeared in the midweek UK Singles Chart since her sudden death in Spain last weekend due to a Facebook campaign started by her fans.

The Facebook group is called 'Get Cilla Black Anyone Who Had A Heart to UK No 1' and was created last Sunday (02.08.15) soon after the news of her passing came out.

The group now has over 3,000 likes on the page, and the track has been downloaded thousands of times already.

A message on the Facebook page reads: ''Buy the track, stream the track, let's get the track back to No1 for our lost national treasure.''

Cilla - who was 72 when she died at her villa in Estepona, near Marbella - had 11 Top 10 hits throughout the 60s, including two number one singles with 'Anyone Who Had a Heart' and 'You're My World' in 1964.

She went on to become the country's most loved female TV presenter, fronting popular shows such as 'Blind Date' and 'Surprise Surprise', however, singing was Cilla's first love and the part of her career she was most proud of.

In a statement, her friend and Beatles legend Sir Paul McCartney described Cilla's voice as ''fine and distinctive''.

He said: ''Such a shock to hear about Cilla's passing. She was a lovely girl who infected everyone with her great spirit.

''From first meeting her as a cloakroom girl at the Cavern Club in Liverpool, to seeing her many times since, she always had a fun loving dignity that made her a great pleasure to be around.

''She had a fine distinctive voice and was always a bit of a laugh. It was a privilege to know and love her.''