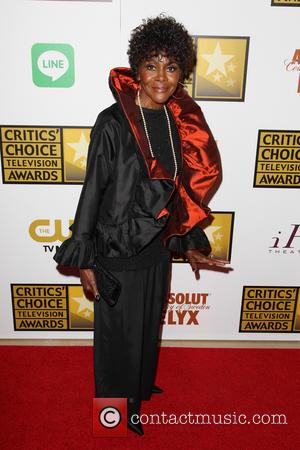 Cicely Tyson was left speechless when she was first approached to star in the latest Broadway revival of The Trip To Bountiful, because she had been begging her agent to find her a similar role for the past 26 years.

The veteran actress reveals she was blown away by Geraldine Page's performance in the 1985 film adaptation of the Horton Foote play, and was determined to land such a role for her final acting swansong.

However, it wasn't until 2011 that Tyson was able to realise her dream job after she was personally pitched the part of Carrie Watts by Foote's producer daughter, Hallie Foote.

During an interview on Tv special Oprah's Master Class, which aired in the U.S. on Sunday (03Aug14), she recalled being captivated by Page's appearance in the movie version of The Trip to Bountiful, explaining, "I was so moved by it, when I left (the movie theatre), I went straight to my agent and I said to him, 'You get me my Trip to Bountiful and I will retire.' I said, 'I just want one more great role, and then I won't be greedy, I'll just step out of the picture.' He looked at me and just chuckled and every now and then I'd remind him, 'Where's my Trip to Bountiful?'"

She continued, "Years later, this woman came in (to her agent's office) and she said to me, 'I'm planning to produce one of my father's plays with an all-black cast.' She said, 'My father was such an admirer of you that I know he wouldn't want anyone else to take on this role.' So I said, 'Who's your father?' She said, 'Horton Foote and the play is The Trip to Bountiful'.

"I was speechless when I was told I was wanted to play the role of Carrie Watts. It had been so many years before when I said to my agent, 'You get me my Trip to Bountiful', never ever expecting The Trip to Bountiful the actual play, but something similar, and to have it happen to me that way was... I don't know, I can't find the words to describe it."

The 2013 Broadway revival, directed by Michael Wilson, marked Tyson's first role on the Great White Way since 1983 and earned her the Tony Award for Best Actress in a Play prize. The production also garnered four other Tony nods, including Best Revival of a Play and Best Featured Actress in a Play for co-star Condola Rashad.