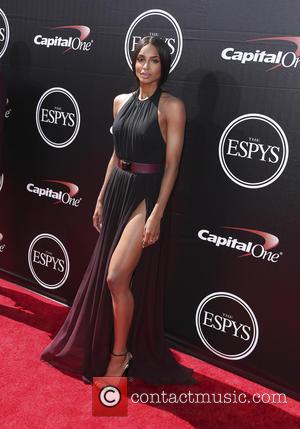 Future and the Goodies hitmaker called off their engagement last year (14), just months after she gave birth to their son, Future Zahir Wilburn. An attempted reconciliation in September (14) failed and the couple parted ways for good at the end of 2014.

Ciara has since moved on from the bitter split and she began dating American football star Wilson earlier this year (15), but her ex can't be happy for her after learning his son has already met his replacement.

During an appearance on New York radio station Power 105.1 on Thursday (16Jul15), Future was asked to comment on his former lover's new romance hours after Ciara hit the red carpet at the ESPYS sports awards in Los Angeles with Wilson, and he took issue with photos of the athlete pushing his kid's stroller.

He said, "I wouldn't want anyone to push my son (in a stroller). That’s like the number one rule. If I was a kid, and my mom had a dude pushing me, I would've jumped out the stroller and slapped the s**t out of him...

"You never do that in our community. You don't even bring a man around your son. You only know this dude for a few months and you’re bringing him around your kid? Who does that? Nobody does that."

Future then insisted he isn't "bitter" and added he genuinely wants Ciara to be happy, stating, "At the end of the day, I'm not for the publicity stunt. Leave my son out of all the publicity s**t. Just leave him out of your relationship."

The rapper and his ex have recently feuded publicly after he dismissed reports suggesting infidelity led to their split and insisted they just "grew apart".

Ciara responded to his claims on Twitter on Monday (13Jul15), writing, "Some person is so dishonest and ignorant that they don't deserve a response (sic). Furthermore, one's main focus should be on being a good parent."