R&b Star Ciara Lost 60 Pounds (27.2 Kilograms) In Just Four Months After Giving Birth To Her First Child In May, 2014 By Sticking To A Rigid Diet And Exercise Plan. 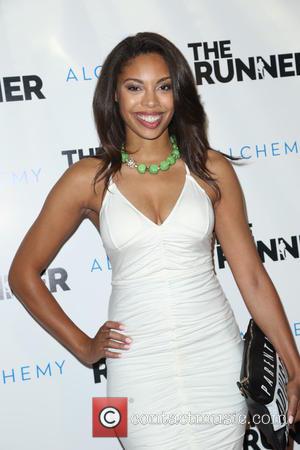 The disciplined singer, who shares a baby boy with rapper ex Future, shows off her toned physique in a topless cover shot for her new album, Jackie, and admits she got back to her pre-baby weight thanks in part to trainer to the stars Gunnar Peterson, who really put her through her paces.

Ciara tells Shape magazine, "As soon as the doctor said I could start training again, I was on the treadmill the very next day. I would go to Gunnar first for my one-hour training session, then I'd have two more cardio sessions later in the day. That, along with a really clean eating plan, was how I lost 60 pounds in four months.

"I have a mantra: 'The food isn't going anywhere!' You know those days when you think you have to have that plate of pasta right now? When I'm trying to be good, I take a minute to ask myself, 'Do you really need to eat all this crazy stuff? It will still be around if you really want it later'."

Ciara reveals Peterson has also put his latest client on a five-day-a-week plyometric cardio circuit regime: "That always includes boxing elements. What's amazing is that you're getting three-in-one training: it's hitting your muscles; it's a cardiovascular workout; and it's a mental exercise... After I've done a few rounds, I feel as if I can conquer the world."