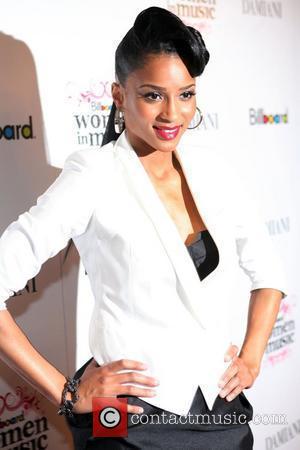 R+B beauty Ciara has a stage alter ego named SUPER C.
The Goodies hitmaker, full name Ciara Princess Harris, has followed in the footsteps of superstar Beyonce Knowles and given an identity to the confident, fearless women she becomes when she steps onstage.
And Ciara reveals Super C will be more prominent on her forthcoming third album, Fantasy Ride.
She tells Right On magazine, "When I'm performing, I'm just having fun, letting go and not even trying to think too much about what's going on. I know that I am here to perform and it's time to rock it.
"You become another person. Another person inside of me totally surfaces when it comes to performing - Ciara, buh-bye, all right Super C. Super C is a character that people will learn more about on this record.
"That is my alter ego. Super C doesn't hold back. She is definitely aggressive. She goes hard. Super C can do some magical and funky things. She works hard. She dances to the 10th power. She does everything to the 10th power.
"It's funny, I haven't quite gotten her together but I need to have her. She can be a cartoon character or a superhero. There are so many things that you'll get from Super C and that's what is fun about Fantasy Ride."
Knowles has long called her alter ego Sasha, who she reveals inspired the name of her new album, I Am... Sasha Fierce.