Ciara thinks she and boyfriend Russell Wilson are the perfect match because they ''share similar views on pretty much everything.'' 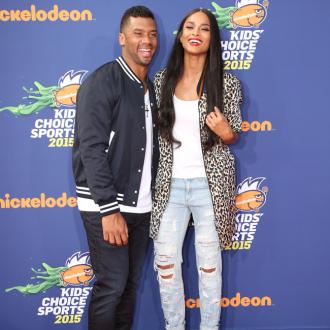 The 29-year-old singer, who has 15-month-old son Future Jr. with former fiancé Future, admits she was initially surprised when she heard her boyfriend had spontaneously revealed they are abstaining from having sex together, but insists she has no problem with his religious views.

The 'Goodies' hitmaker, who was in London when he publicly declared they are practicing celibacy last month, said: ''The thing about Russell is he's real. And that was a moment that got real real.''

The R&B star has only been dating the American footballer since April, but thinks they are a perfect match.

In a joint interview with the Seattle Seahawks quarterback, she told Rolling Stone magazine: ''We share similar views on pretty much everything. It's just super organic.''

He added: ''We connect so well, and we have the same vision. It's a perfect fit, you know? Is it weird? No. It feels right.

''I knew God had brought me into her life to bless her and for her to bless me and to bless so many people with the impact that she has and I have. He has anointed both of us - he's calling for us to do something miraculous and special.''