Ciara and Russell Wilson Are Dating, Abstaining From Sex For Religious Reasons

Ciara and Russell Wilson are dating but there’s been absolutely no funny business. The couple have decided to practice abstinence so Ciara’s goodies are definitely staying in the jar...

It’s official: Ciara and Russell Wilson are an item. Wilson confirmed his relationship with the 29-year-old singer during an interview with Pastor Miles McPherson at the Rock Church in San Diego on Sunday (5th July). However, the two have decided to practice abstinence for religious reasons. 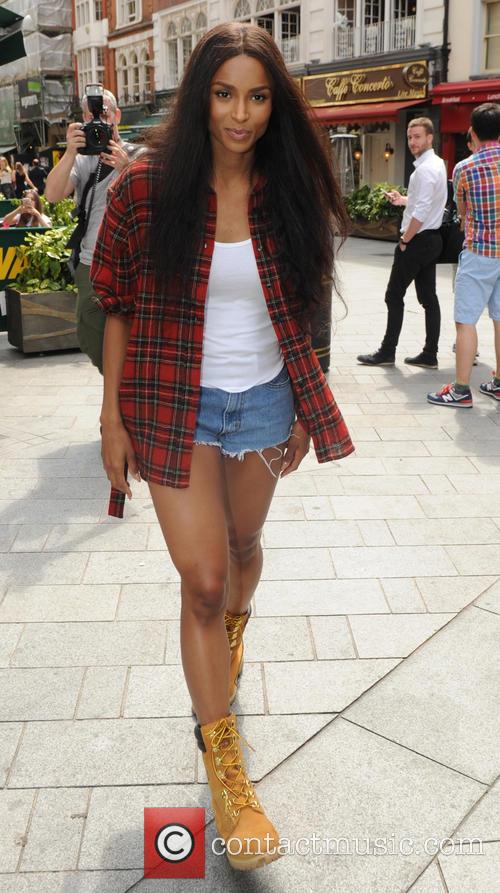 Ciara and Russell Wilson are dating, Wilson confirmed in an interview earlier this week.

"I said to her – and she completely agreed – 'Can we love each other without that [sex]?’”, Wilson said during the interview, as People reports. “If you can love somebody without that, then you can really love somebody."

However, it’s not been easy for Wilson and he jokingly asked for the audience to pray for him!

Wilson highly praised Ciara throughout the interview, describing her as "the most beautiful woman in the world, the most kind person, the most engaging person." He also believes their relationship is somehow preordained as even before meeting Ciara, he thought they would be together. A devout Christian, Wilson also claimed God had brought them together.

"The funny thing is that I told somebody 'That's the girl I want to be with' even before I met her," Wilson claimed. "I said, 'I'm probably going to end up with Ciara.' "

"I knew that God had brought me into her life to bless her and for her to bless me," he added.

Ciara and Wilson were first spotted together earlier this year and have frequently appeared at public events acting very much like a couple. They have been spotted attending basketball games together and Ciara was Wilson’s guest at the White House Correspondent’s Dinner. This is the first time either has discussed and confirmed the nature of their relationship.

Both Ciara and Wilson are no strangers to heartbreak. Ciara dated rapper Future on and off for a number of years. They became engaged in October 2013 and had a child together, a son Future Zahir Wilburn, in May 2014. Ciara and Future called off their engagement in August 2014.

26-year-old Wilson, who is the quarterback for the Seattle Seahawks, has also had his fair share of relationship trauma. Wilson married his childhood sweetheart, Ashton Meem, in 2012 but they divorced just over two years later.