CHVRCHES (Formed 2011)
CHVRCHES are an electronic band from Scotland, consisting of the members Lauren Mayberry, Iain Cook, and Martin Doherty. They are better known for their singles, "The Mother We Share", and "Recover".

Formation: Iain Cook (guitar, bass, vocals, synthesisers) was a member of Aereogramme and The Unwinding Hours, as well as a music writer for film and TV, before he became a member of CHVRCHES. Martin Doherty (synthesisers, samplers, vocals) was a live member of The Twilight Sad. Iain and Martin also went to University together. Lauren Mayberry (Lead vocals, additional synthesisers, samplers) was previously a member of Blue Sky Archives. She also completed a four-year law degree, and also achieved masters in Journalism. She was a freelance journalist before becoming a musician.

Music Career: From the age of 15 to 22, Mayberry played the drums in various bands. She was a former member of Blue Sky Archives, and Boyfriend/Girlfriend. In September 2011, Cook was producing an EP for Blue Sky Archives. He was working on a project with Doherty, and decided to get Mayberry to sing on a couple of demos. For seven or eight months, the three wrote together in Glasgow. After an effective bunch of sessions together, the trio decided to form a new band. They chose the name CHVRCHES, using the Roman 'V' in order to differentiate themselves from other Internet searches. They also pointed out that the name had no religious connotations. In May 2012, the band released an official free download, "Lies", which was available from the blog of Neon Gold Label. The band released their official debut single, "The Mother We Share" in November 2012. The band was featured in the Guardians "new bands of the day". They performed their debut gig at the Artschool Glasgow, Scotland, on the 5th of July 2012. On NME's best tracks of 2012, "Lies" reached number 28. On The Huffington Post, "The Mother We Share" reached number 51 on the "top 52 songs of 2012". The band ranked 5th on the BBC's "Sound of 2013", on the list of most promising new music talent. CHVRCHES signed to Glassnote Records in January 2013. The owner of Glassnote Records, Daniel Glass, had previously received copies of "Lies" and "Recover" in November 2012. He had also seen the band perform three times in the UK. In February 2013, CHVRCHES released their second single "Recover". The band performed at SXSW, in March 2013, and won the Inaugural Grulke prize, for "non US talent". The band performed "The Mother We Share" on Late Night With Jimmy Fallon, on 19th June 2013. This was their US TV debut. They released their single "Gun" in July 2013. CHVRCHES supported Depeche Mode on four shows in July 2013, on The Delta Machine Tour 2013. On 'Later. With Jools Holland', they performed "The Mother We Share", in September 2013. The bands debut studio album, "The Bones of What You Believe" was released on 20th September 2013, through Virgin Records. Their track "We Sink" was included on the official soundtrack of FIFA 2014.

August 2021 Favourites: 'If I Can't Have Love, I Want Power', Sustainable, Green And Fresh, 'Solar Power'.

By Andrew Lockwood in Music / Festivals on 01 September 2021

It's, almost, an all female lead cast as we pick our favourite five new releases from August!

After the excitement of getting Happier Than Ever in July, August just kept on giving with lots more inspiring musical releases. In a month that saw the opening of the Tokyo Paralympics, the start of the new Premiership season and the return of Extinction Rebellion protests to London the U.S. ended it's presence in Afghanistan, Haiti suffered a devastating earthquake and 'Ida' left one million in Louisiana without power. Kanye came back with his long awaited 10th studio album, Donda, Reading & Leeds returned to put on the biggest UK festival in two years to the ecstatic delight of tens of thousands and multi-million selling breakthrough artist Olivia Rodrigo had to continually defend plagiarism claims surrounding her global number one album, SOUR. Britney came one step closer to freedom, rumours ramped up about the possibility of a new Abba record following teasers on TikTok and not one, not two, but three more Little Mix's were brought into the world. As well as all that going on there was also our top five favourite releases, here they are. 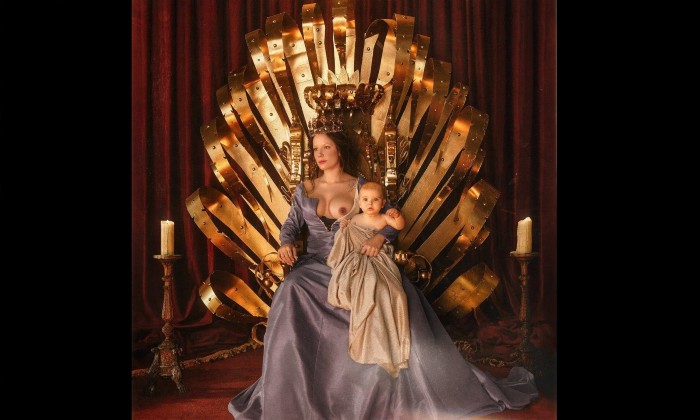 Halsey: If I Can't Have Love, I Want Power.

Seven Pop Acts That Alternative People Will Admit They Love

Plus, a teaser for their upcoming video.

With the launch of their brand new Greg Kurstin-produced single 'Get Out', CHVRCHES unveil a teaser video preview ahead of their corresponding video - and of course we're left extremely intrigued. They will release their eagerly anticipated third album 'Love Is Dead' later in 2018.

It's been nearly two years since the Scottish trio dropped their last single - the infectious 'Bury It' featuring Hayley Williams - so fans are well and truly ready for 'Get Out' which dropped yesterday (January 31st 2018). It's another soaring, synth-laden pop tune that needs to be played on repeat. 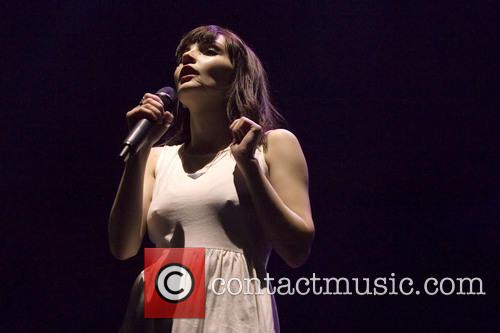 The singer made an articulate appearance on Channel 4 News, taking misogynist commenters on her band's latest video to task.

CHVRCHES’ lead singer Lauren Mayberry has slammed the misogynist abuse she feels that female artists in the public eye tend to face.

Mayberry, who is gearing up for the release of her band’s second album next month, recently spoke about the subject online when a 4chan community thread in response to the group’s new video ‘Leave A Trace’ provoked a number of misogynist and violent messages. She was invited onto Channel 4 News to discuss the topic on Thursday night (August 27th). 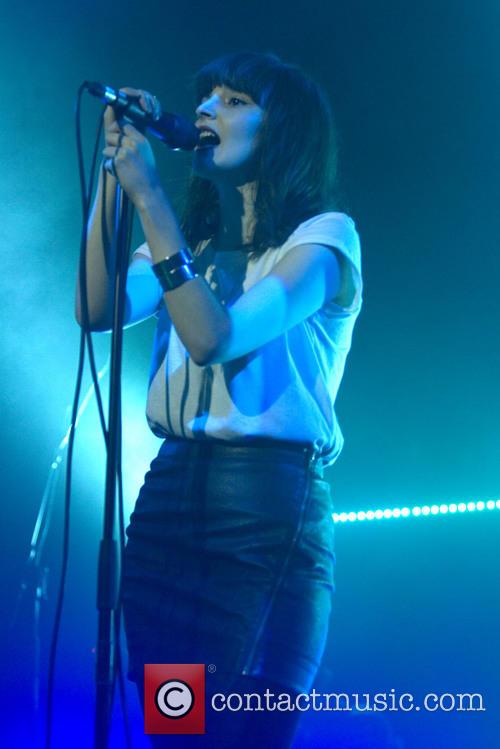 Lauren Mayberry of Chvrches performing in 2014

The first day of Bonnaroo went off without a hitch - even the Tennessee weather was cooperating.

Happy Bonnaroo weekend! The Tennessee-based arts and music festival effectively kicked off the season on Friday. Per USA Today’s recap, he weather was appropriately mild and the rain that threatened for the entire day never came through, letting crowds enjoy the show free from sweltering heat and soaking rain – a good thing, considering that the lineup, including the likes of Phoenix, CVRCHES, Vampire Weekend and Neutral Milk Hotel were not to be missed. And then there were the headliners. 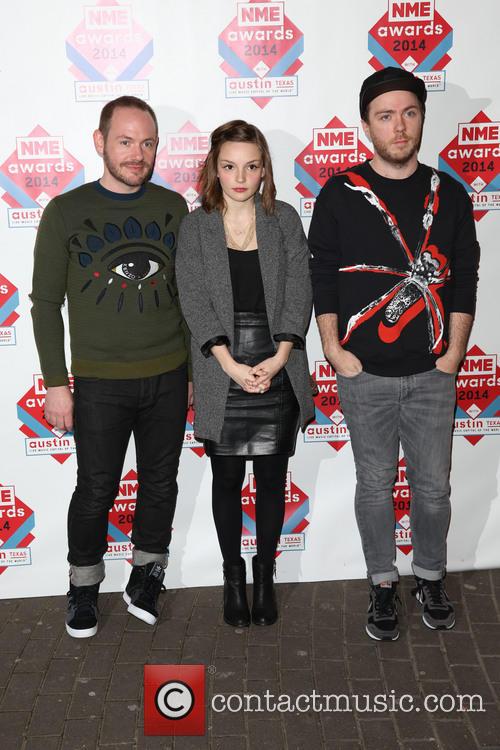 CHVRCHES were just one of the bands playing Bonnaroo Friday.

Kanye West kicked off his set late at night on Friday. As usual, West’s performance was on point, but due to the large crowd and somewhat poor technical execution, it was difficult for many fans to connect. A number of the people, who were too far from the stage, reportedly booed the rapper. 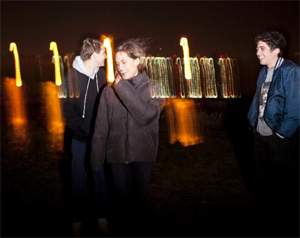 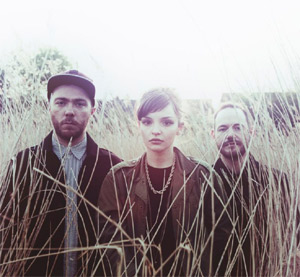 By Andrew Lockwood in Music Reviews on 19 April 2013

With two warmly received singles under their belt, a 'Sound Of 2013' nod and an album due out towards the latter part of this year, Glaswegian band CHVRCHES are maintaining their ever growing public presence with their latest release. 'Recover' is a five track EP made up of three new tracks and a couple of interesting remixes.

In the relatively short time since forming during the back part of 2011 (from various other musical projects) the Trio of Lauren, Iain and Martin have certainly developed and honed their sound. The synth drenched delights of their electro-pop are characterised by Lauren's high vocal delivery combined with looping keys and sumptuous arrangements and the 'Recover' EP certainly treats us to plenty of that, plus a little more.

The title track (Also the tune chosen for the final two remixes) 'Recover' is a shimmering piece of polished and playful pop. The radio ready track has it all; a catchy chorus, a lavish synth sequence and an ice cold, razor sharp vocal delivery. Previous comparisons were drawn from the band's earlier singles, 'Lies' and 'Mother We Share', to The Knife and Robyn but here Chvrches sound a little like Grimes which is no bad thing. 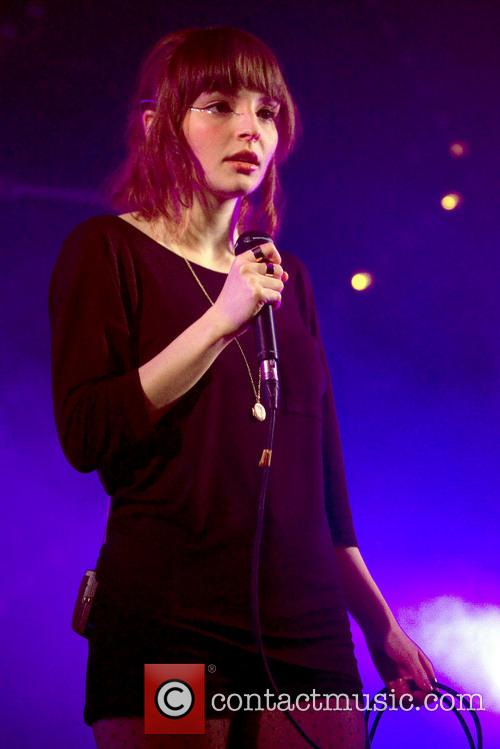