Public Enemy's Chuck D has suggested the hip-hop scene has ''been dried up'' to the point that ''beautiful'' art is being created as a sort of protest.

Chuck D believes a decline in hip-hop music has rejuvenated the industry.

The Public Enemy icon has described rap music as a ''crumbling artform'' in his 1997 book 'Fight the Power', and previously suggested it shifted from the hands of the artist to possession of the ''corporate'' bosses.

Speaking to Billboard this week, he said: ''It's been culturally strip-mined to the point where the mountain of what the music is isn't being rejuvenated.

''But it's been dried up so much that there's beauty the same way there's a rose in the concrete. There's so much beauty with many artists who are now not making records to cater to the demands of a president of a company.

''They realise that, today, instead of a download/acquisition business, it's now a business of [garnering] attention.''

The 57-year-old star also discussed parallels between the rap and rock music scenes, and explained he always thought the former would grow into a truly global genre.

He added: ''I always imagined it because I'd seen it happen with rock and other styles.

''I always imagined the same could happen with rap. I dreamed it - and I also thought I could be a contributor to it from a graphic-artist standpoint. I always thought hip-hop was a great combination of words, music, artwork and dance.''

Chuck D has recently released his latest book 'Chuck D Presents This Day in Rap and Hip-Hop History', and it has been important for him to keep up with contemporary music as it evolves.

He said: ''You can't have any biases, and you've got to be astute enough and have respect for all periods of the music in order to make great parables and comparisons to the classic stuff that's already revered.'' 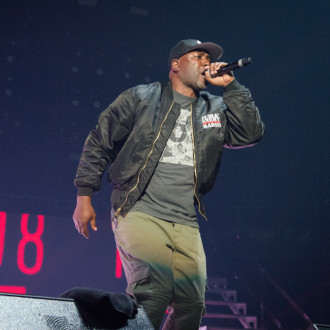 Public Enemy Had To Wait 25 Years To Use Stones Sample

Chuck D: 'I Was Targeted By Cia'

Chuck D Calls For Eminem To Apologise On Tv