Net Worth: In 2013, Celebrity Net Worth claimed that Chuck Berry had a net worth of 10 million USD.

Childhood: Chuck Berry was born in St. Louis, Missouri to Henry and Martha Berry. He was the fourth of six children to the couple. In 1944, Berry was arrested for armed robbery. He had robbed three shops in Kansas City before his car broke down and he stole another at gunpoint. Berry was sent to a reform centre near Jefferson City, Missouri. He was released on his 21st birthday in 1947, after spending his time singing in a quartet and boxing.

Career: Chuck Berry began performing with Johnnie Johnson in 1953 who mentored him for two years. In 1955, Berry performed his first song, Maybellene, with Johnnie Johnson on the piano. The song reached No. 1 on Billboard's Rhythm and Blues chart. In 1958, Berry released his arguably most famous song, Johnnie B. Goode. It reached number eight on Billboard's Hottest 100, and in 2008 it was voted number one on Rolling Stones' Greatest 100 Guitar Tracks. After serving a year and a half in prison (February 1962 - October 1963), Berry went through a relatively slow period in his career. Despite this, he still released singles like "No Particular Place to Go", "You Can Never Tell" and "Nadine".

Personal Life: In 1959, Chuck Berry was charged with having sex with a fourteen-year-old waitress he had brought to work as a hat check girl at his club. Originally sentenced to five years in prison, the Judge and Jury's attitudes and comments were found to be racist and racially prejudice, leading to a second trial. In the end, Berry only served a year and a half in jail. Berry was sued in 2000 by his former partner, Johnnie Johnson, who claimed to have written several of Berry's songs but received no credit. These songs included "No Particular Place to Go", "Role Over Beethoven", and "Sweet Little Sixteen".

Chuck Berry is set to release his posthumous album 'Chuck' in June.

A new single from Chuck Berry's forthcoming posthumous album 'Chuck' was unveiled this week entitled 'Big Boys'. It comes just three days after the rock 'n' roll pioneer was found dead of natural causes at the age of 90, as part of his final musical legacy.

'Chuck' is scheduled for release this summer

Every song you ever needed to hear by the legendary Chuck Berry.

The sad passing of Chuck Berry last week has the whole world reflecting on the birth of rock 'n' roll. To wave goodbye to one of the most important faces in the whole evolution of the genre has been a poignant experience for music lovers and his fellow artists.

Chuck Berry was rocking and rolling until the very end

Thus, it only feels right to take this moment to appreciate the work of the grandfather of rock 'n' roll, and enjoy a purely Chuck playlist featuring the best hits he ever had with Chess Records.

Rock and Roll pioneer Chuck Berry has passed away at the age of 90.

It's a sad week for rock 'n' roll fans everywhere as the news circulates that the musical pioneer Chuck Berry was found deceased in his home over the weekend. The legendary Missouri guitarist was 90-years-old, but so far no details have been noted on his cause of death.

The St. Charles County Police Department reported on Saturday afternoon (March 18th 2017) that the rock 'n' roll hero died at his place near Wentzville after responding to a 'medical emergency on Buckner Road'.

Continue reading: Rest In Peace Chuck Berry: Tributes Roll In For The Grandfather Of Rock And Roll

By Holly Williams in Music / Festivals on 19 October 2016

The rocker will release the new record next year.

Chuck Berry is set to launch his first album in nearly four decades with 'Chuck', dedicated to his wife Themetta. The announcement coincided with the rock 'n' roll legend's 90th birthday, which took place yesterday (October 18th 2016). It's his first album since 1979's 'Rock It'.

The 'Johnny B. Goode' singer celebrated his 90th birthday this week with this very special announcement, revealing that his new self-produced record would drop next year featuring accompaniment from his backing band; guitarist and son Charles Berry Jr., harmonicist and daughter Ingrid Berry, bassist Jimmy Marsala, pianist Robert Lohr and drummer Keith Robinson; most of whom have been performing with him at St. Louis's Blueberry Club for the past 20 years.

The ever overlooked St. Louis, Missouri is our next stop for the Budweiser Made in America documentary series, and an appropriate point ahead of Jay Z's music festival.

Almost every major city in the United States has some sort of musical identity which is exactly that sort of thing that inspired Jay Z to create Budweiser Made in America festival. It's all about looking at different genres from all over the country and uniting them in two major cities: Philadelphia and Los Angeles. However, there are plenty of musically rich cities out there that just barely get noticed - even in spite of some of the major stars that have come out of them. 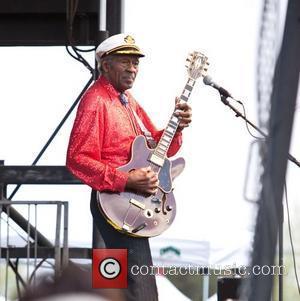 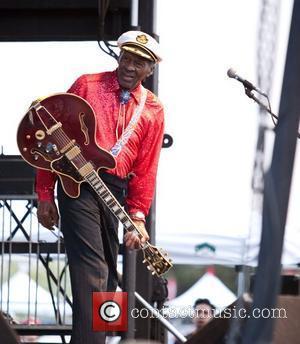