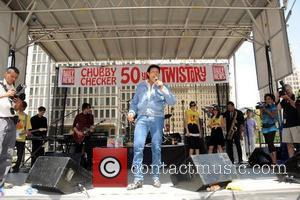 One time heart throb Chubby Checker has had an apparent loss of humour after filing a lawsuit against a product related to something else that occasionally throbs.

The Chubby Checker app claims to be able to accurately the measure the size of a man’s penis from his shoe size, with the word chubby meaning penis. If you hadn’t worked that out already. Its makers Hewlett-Packard and subsidiary Palm Inc. are under fire from the ageing pop singer though, who claims that he has the sole rights to the name Chubby Checker. He’s positively erect with anger we reckon. His lawyer Mr Gary, first name unfortunately being Willie, wrote in a statement: "This lawsuit is about preserving the integrity and legacy of a man who has spent years working hard at his musical craft and has earned the position of one of the greatest musical entertainers of all time.” Continuing, he added that there’d been a severe dysfunction in the way that Hewlett-Packard and Palm Inc. had got down to it, claiming "We cannot sit idly and watch as technology giants or anyone else exploits the name or likeness of an innocent person with the goal of making millions of dollars.”

Checker is suing the companies for $500 million. No, we’ve not stopped sniggering all way through writing that actually, we only hope that a Mr. Johnson will also be getting involved somewhere down the line.