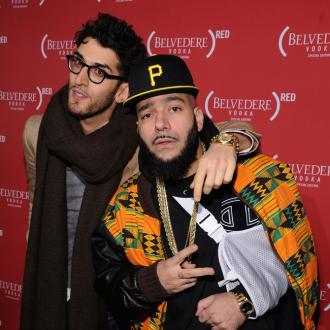 The electro-pop group played a set in the city's Meatpacking District in Manhattan in association with Belvedere vodka and charity (RED).

Their typically upbeat set with filled with dancefloor gems and plenty of tracks which veered dangerously close to bad taste - as is their trademark - including Prince's 'I Wanna Be Your Lover' and mixes of their own tracks 'Bonafied Lovin' and 'Hot Mess'.

The pair - Dave1 and P-Thugg - tweeted ahead of the show: ''NEW YORK CITY! To be clear, tonight is only a DJ SET not a show. And it's very short! But you should still come...great cause! #WorldAidsDay (sic).''

Despite having his arm in a sling, P-Thugg soldiered on with the set and had his very best mixing skills on display. The main stage was illuminated in red against a backdrop of 20ft white neon trees as the event helped to raise awareness about (RED)'s goal to end AIDS. The charity is attempting to eliminate the HIV virus from mothers to their babies and achieve the first AIDS-free generation born by 2015. Belvedere also mixed special cocktails for the event.

The (RED) charity - co-founded by U2 singer Bono - is also releasing a dance compilation record featuring some of the world's biggest dance artists to raise money. The 'Dance (RED), Save Lives' album will feature tracks from Calvin Harris, Avicii, and Diplo, as well as DJ Tiesto collaborating with Bono on a reworking of U2's 'Pride'. 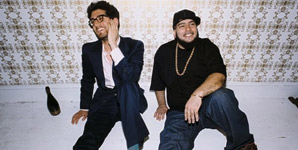 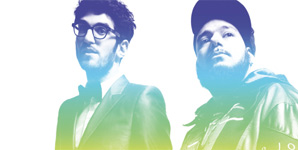