Robin Williams' Son, Zak Williams, Describes Adjusting To "The New Normal" In The Months After His Father's Death

By Elinor Cosgrave in Lifestyle / Showbiz on 22 November 2014

Zak Williams, the son of the late Robin Williams, has described how his family are coping since his father's death in August.

Robin Williams' son has opened up how his family is coping after his father's death. 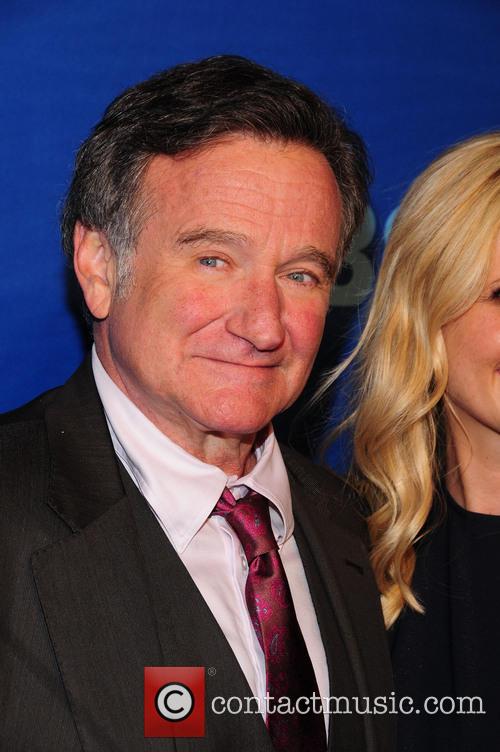 Robin Williams at the CBS Upfront in New York in May 2013.

Continue reading: Robin Williams' Son, Zak Williams, Describes Adjusting To "The New Normal" In The Months After His Father's Death

Is Superman quitting his job as a reporter at The Daily Planet the final nail in the coffin for print media? If Superman can't revive the trade, we'd guess no one can.

According to USA Today, Clark Kent quits the Metropolis newspaper that has been his employer since the DC Comics superhero's earliest days in 1940 in the next instalment of the franchise. "I wasn't going to test the waters. I was just going to do a cannonball in the Super-verse," says new Superman writer Scott Lobdell. "This is really what happens when a 27-year-old guy is behind a desk and he has to take instruction from a larger conglomerate with concerns that aren't really his own," Lobdell continued. "Superman is arguably the most powerful person on the planet, but how long can he sit at his desk with someone breathing down his neck and treating him like the least important person in the world?"

You'll have to pop down to any good comic retailer to find out what really goes on in the next Superman, but we will treat you to the writers favourite part, where Clark calls for his peers to stand up for truth, justice "and yeah -- I'm not ashamed to say it -- the American way,"

BFI Exhibit Iconic Costumes, Including Superman, At The Victoria And Albert Museum In London

Twenty years' worth of movie costumes amassed by the BFI are going to be left in the care of the Victoria and Albert Museum (V&A). Some of these will be exhibited in the Hollywood Costume Exhibition which opens to the public on October 20th this year.

Around 700 costumes - the entirety of the BFI's costume collection reports the BBC will be given to the museum that has become the home of design history in the UK include a Superman outfit worn by the late Christopher Reeve, as well as a dress worn by Marylin Monroe in the classic comedy 'Some Like It Hot'. The exhibition will not include all 700 donated costumes, rather, the V&A have chosen 130 classic costumes from the ages. These include iconic superhero outfits such as Michelle Pfeiffer's Catwoman suit and the Spider-Man suit worn by Tobey Maguire. Plus, in an wonderful and special gift to the UK, the Smithsonian Museum in Washington, DC is letting the British museum Dorothy's red slippers, worn by Judy Garland, in the Wizard of Oz's for four weeks. There was a gala party to celebrate the exhibition, which included guests Simon Pegg and Helena Bonham Carter.

Although not all the generously donated pieces will be seen in the Hollywood Costume Exhibition, highlights of the collection will be included at the V&A's Theatre and Performance galleries. The Telegraph reports that the majority of the generous gift from the BFI will be held at one of the V&A sites in Olympia which is where the new “Clothworkers' Centre for Textile and Fashion Study and Conservation” will open, this time next year.

On her deathbed, the widow of the late 'Superman' actor Christopher Reeve, stated that she wanted their son to remain living with friends, and not be forced to move in with the family.

The late widow for Christopher Reeve, Danna, pleaded on her deathbed that her son, Will, should be brought up by friends in New York State instead of family members. Dana passed away from lung cancer on 6th March, 2006; 17 months after her husband passed away himself. Dana's father, Dr. Charles Morisini, was said to fully support the decision.

Morisini, who lives in New Hampshire, agreed that the 13-year-old Will should not be disturbed from his current life in Bedford, New York, and would benefit from not being removed from his surroundings. The doctor explained his decision, saying that: "Will will be very well looked after. Dana picked friends to look after him, everybody was very happy with that. They have a boy who is a year older than Will, they are very close friends, and they also have a 17 year-old girl. He's now got a brother and sister and is able to go to the same school and carry on how he was - same neighbourhood, same friends."

By Christopher Null
Very Good
Lots of circuitous fun in Sidney Lumet's adaptation of the Broadway play, in which Michael Caine and Christopher Reeve are unforgettable in a story that involves a highly wanted draft of a play, a house full of weapons, and enough doublecrossing to make anyone dizzy. That house ends up as the real star of the show, a mysterious old mill (complete with windmill) that is home to the film's most unique surprises. And though it's a bit meandering toward the middle, Caine turns in one of a surprisingly great performance.
1
Christopher Reeve

No Autopsy For Christopher Reeve