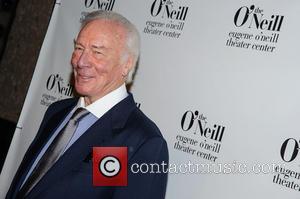 Sound Of Music stars Christopher Plummer and Julie Andrews have paid tribute to their co-star Eleanor Parker, who died on Monday (09Dec13).

The 91 year old, who played The Baroness in the beloved 1965 movie musical, passed away at a medical centre near her home in Palm Springs, California, and Andrews has spoken of her fondness for the veteran actress while promoting new film Saving Mr. Banks, which chronicles the story behind her Disney movie Mary Poppins.

She says, "Eleanor was a charming, elegant and beautiful lady. It was an honour to know her and a pleasure to work with her. She was beloved by all who knew her and will be remembered as one of the legends of Hollywood."

Meanwhile, Plummer, who romanced her character in Sound of Music has released a statement, which reads: "Eleanor Parker was and is one of the most beautiful ladies I have ever known.

"I hardly believe the sad news for I was sure she was enchanted and would live forever."