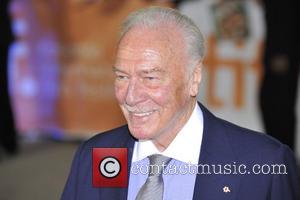 Veteran actor Christopher Plummer is to be honoured in cement when he adds his hand and foot prints outside the TCL Chinese Theatre in Los Angeles.

The Canadian star is to leave his mark at the world-famous tourist attraction in conjunction with the 50th anniversary of The Sound of Music, in which he played Captain Georg Johannes von Trapp.

Plummer tells People.com, "I'm sending off all sorts of emails. What am I supposed to wear? How do I get my clothes from being ruined? How do we do this? It sounds like the oldest gangster trick. I'm thrilled. I think it's a huge, huge honor, the kind of immortality that you perhaps didn't want, but, God!"