'The Dark Knight Rises' Gets Standing Ovation At Special Preview 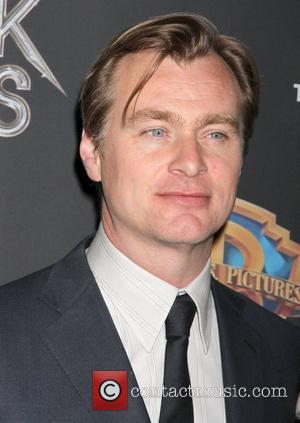 There is no denying that 'The Dark Knight Rises' has been one of the most anticipated films of the year, but with that has come a huge pressure on director Christopher Nolan, not least owing to the huge response its 2008 predecessor received, largely thanks to the sterling performance from the late actor Heath Ledger.
Whilst no reviews of the movie are allowed until the day before its release on July 20th, a select few bloggers in the US were allowed to see an advance screening of the film over the weekend and the UK's Guardian is reporting that the response by those in attendance was hugely favourable, the film apparently so impressive that it received a standing ovation upon its finish. Some bloggers couldn't keep quiet and took to Twitter and Facebook to express their opinion on the movie. "The Dark Knight Rises has just finished screening for the press and critics, receiving a STANDING OVATION!!!" wrote "YouTube reviewer" Lauren Hiestand. Another fan, Tom MCAuliffe commented: "So much awesome . can't wait to see it again. And again. And 9 out of 10 for me. I'd put Amazing Spider-Man at a 7.5 and Avengers at an 8.5."
On Facebook, attendee Vince Peluso wrote: "Wow quite speechless at the moment . It was everything I wanted it to be. Some fans will find certain aspects controversial, but in my eyes everything in the film fit the overall scheme of this instalment and the series in general, and Nolan really couldn't have made it any more epic." It's looking good, isn't it?"