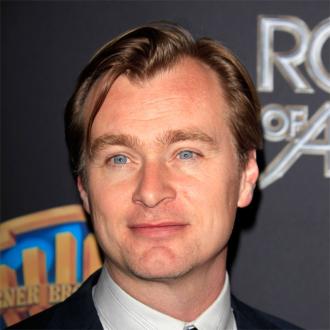 The 'Dark Knight Rises' director is in talks with Warner Bros. to oversee its DC Comics-based movies including the proposed superhero team-up movie, which would see Batman, Superman and other heroes unite on the big screen, according to Latino-Review.com.

Christopher, who directed 'The Dark Knight' trilogy and is a consulting producer on Zack Snyder's rebooted Superman film, 'Man of Steel', would produce the Justice League movie while Zack is reportedly being considered to direct.

With Christopher on board, Warner Bros. are reportedly keen for 'The Dark Knight' trilogy star Christian Bale to reprise his role as Bruce Wayne and alter-ego Batman in the Justice League film, ''subject to a script and deals being worked out''.

The actor would star alongside 'Man of Steel' star Henry Cavill, who will portray the iconic red, blue and yellow-wearing superhero in the upcoming flick.

Christopher previously claimed he would not be involved in the movie after finishing work on last year's 'The Dark Knight Rises'.

He said: ''We're finished with all we're doing with Batman. This is the end of our take on this character.

''I've got no plans to do anything more, and certainly, no involvement with any 'Justice League' project.''

However, Christian expressed interest in reprising his Batman role - but only if the acclaimed director was involved.

He said: ''My understanding is that this is the last one. I think it's appropriate, I think it's going out at the right time. But if Chris came to me with a script and said, 'You know what? There is another story', then I would love the challenge of making a fourth one work.''