'The Dark Knight' director Christopher Nolan, who serves as a producer on Superman reboot 'Man of Steel', has revealed bringing the superhero back to life on the big screen has been much tougher than directing his three Batman movies. 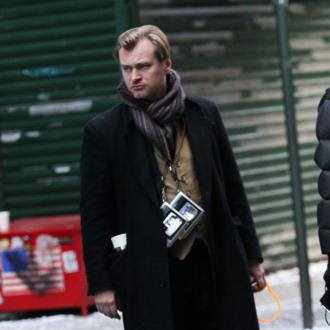 Christopher Nolan has revealed making a Superman movie is harder than bringing Batman to life on the big screen.

The director - who helmed the 'Dark Knight' trilogy starring Christian Bale - serves as a producer on Superman reboot 'Man of Steel', directed by Zack Snyder, and admits it's been a much tougher process to make because of the complex mythology and super-human powers the iconic Krypton-born superhero has.

Speaking to The Hollywood Reporter, he said: ''In my honest appraisal, taking on Superman and creating that world is far more difficult than creating the world of 'The Dark Knight'. He has a lot of finishing to do on the movie - it has a very long post-production schedule because, unlike Batman, Superman flies.

''I actually feel guilty talking about it because I'm sitting here having nothing to do to it. I try to be as supportive as I can, and I'm just amazed by what he [Zack] is doing. It's not something I would know how to do.''

Although it's been a tough journey to get 'Man of Steel' on screen, Christopher has nothing but praise for the film's director Zack, insisting he's the right man to take on the mammoth task.

He explained: ''Zack was the perfect man to take this on. He is unbelievably skilled at creating a coherent, cohesive world - whether it's a very stylised world, like '300', or something that's more challenging, more varied, like he did with 'Watchmen'.''