Christopher Nolan feels a ''tremendous challenge and responsibility'' to finish his Batman trilogy in a satisfactory way with 'The Dark Knight Rises'. 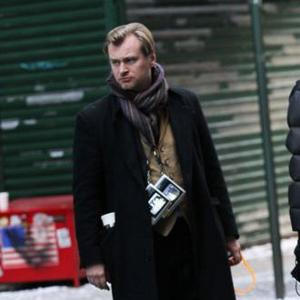 Christopher Nolan feels a ''tremendous challenge and responsibility'' to finish his Batman trilogy in a satisfactory way.

The director is preparing for the release of 'The Dark Knight Rises', the third and final instalment in his series of films featuring Christian Bale as the caped crusader and he admitted the pressure the getting to him.

He told Total Film magazine: ''We feel a tremendous challenge and responsibility to finish our story. We have to give the audiences something they haven't seen before, but also fulfil their expectations of what they enjoyed in the first two films. That's the tricky balance.''

The movie was filmed across the globe with locations in the US, UK and India and Christopher revealed this was a conscious decision because he wanted a ''broader canvas''.

He said: ''With a sequel there is always the challenge of trying to meet or indeed exceed expectations. And some of those are based on the size, scale and world of the film.

''We travelled to many different places because we wanted to give it a broader canvas.''