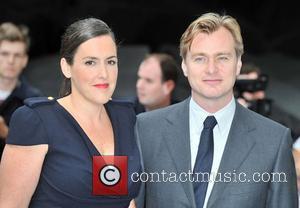 With Christopher Nolan categorically insisting that he won't helm another entry into the already finished Batman trilogy, minds are wondering as to what his next project will be.

According to a report from The Hollywood Reporter, his next venture could be a leap into time travel with Interstellar. Like Looper and Inception before it, the plot is thought to be an incredibly complex one, as is based on scientific theories developed by Kip Thorne, a theoretical physicist, gravitational physicist and astrophysicist at Caltech. The deal has been allegedly negotiated for months now, and like the plot, is also very complex. Back in November (2012), Nolan insisted that he has no intention of making another Batman movie. He said at the time (via NME): "For me, The Dark Knight Rises is specifically and definitely the end of the Batman story as I wanted to tell it, and the open-ended nature of the film is simply a very important thematic idea that we wanted to get into the movie, which is that Batman is a symbol."

Spielberg was mooted to be involved in the project, but this latest revelation questions his involvement in the film. He'll be turning his head towards the Oscar Nominations announcement, which, barring a huge surprise, will see Lincoln nominated for best picture, himself up for best director, and his lead, Daniel Day Lewis in the running for best male lead.