Great Scott! 'Back To The Future's Christopher Lloyd to guest star in 'The Big Bang Theory' in December.

‘The Big Bang Theory’ is has reportedly recruited Back To The Future star Christopher Lloyd to perform a guest role in an episode of the long-running comedy, which will air next month.

78 year old Lloyd, who played the iconic role of Emmett ‘Doc’ Brown in all three Back To The Future movies between 1985 and 1990, is to star in the December 1st episode of ‘TBBT’. Details about the role he’s set to play are being kept under wraps for the time being, but his appearance is in keeping with the show’s tradition of bringing in guests from other sci-fi-related films and TV shows. 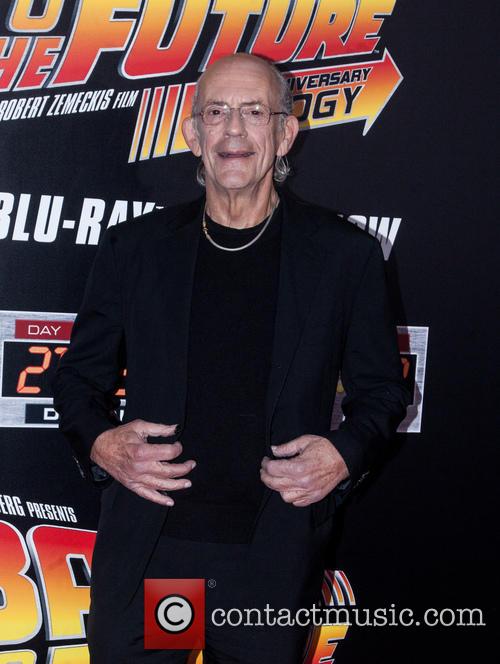 Created by Chuck Lorre and Bill Prady and run by Steve Molaro, ‘The Big Bang Theory’ is currently in the middle of its tenth season.

“We’re so excited to be working with Christopher Lloyd, and think we’ve created a fun part that fans will really enjoy,” the CBS show’s producers said in joint statement on Wednesday (November 9th).

More: ‘The Big Bang Theory’ spin-off prequel centring around Sheldon Cooper is reportedly in the works

Comedic legend Lloyd, who won three Emmys for his role in ‘Taxi’ in the 1970s and who made his film debut in the critically-acclaimed One Flew Over the Cuckoo’s Nest, was last month tapped to guest-star in Syfy’s new time-travel drama ’12 Monkeys’, an adaptation of Terry Gilliam’s movie of the same name.

‘The Big Bang Theory’ is widely expected to be given the green light for an eleventh series in the near future, with the show’s ensemble cast of Jim Parsons, Johnny Galecki, Kaley Cuoco, Simon Helberg, Kunal Nayyar, Mayim Bialik and Melissa Rauch currently in negotiations to get hikes in their already history-making contracts they earned back in 2014 for seasons eight, nine and ten.

Earlier this week, it was announced that CBS is planning a spin-off ‘prequel’ series around Parsons’ character of Sheldon Cooper, focussing on his years growing up in Texas before his boyhood genius was recognised.

More: Michael J. Fox and Christopher Lloyd travelled to the real 2015 on ‘Jimmy Kimmel’ – and they weren’t impressed [video] [archive]

Christopher Lloyd loves to be working on films