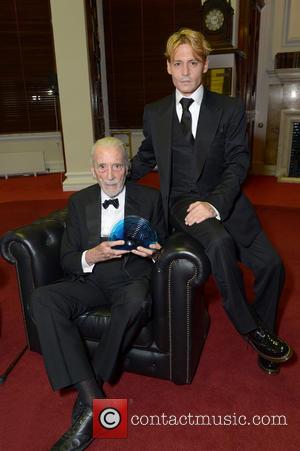 The Lord of the Rings star reached the milestone on Tuesday (27May14) and marked the occasion by unveiling his latest musical release Metal Knight, a seven-track record which includes two covers of songs from stage musical Man of La Mancha, based on fictional character Don Quixote.

He says, "As far as I am concerned, Don Quixote is the most metal fictional character that I know. Single handed, he is trying to change the world, regardless of any personal consequences. It is a wonderful character to sing."

The film icon has previously released four other albums of music, as well as heavy metal-themed Christmas songs.