Madonna Is In A 'Good Place' With Her Brother

Christopher Ciccone has revealed he has reconnected with his sister Madonna after the pair fell out over his tell-all book. 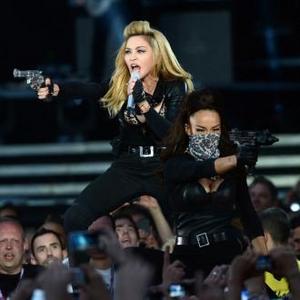 Christopher Ciccone has repaired his relationship with his sister Madonna.

The designer-and-director angered his superstar sibling back in 2008 when he released his bestselling memoirs 'Life With My Sister Madonna', but he has revealed the pair are now close again.

Speaking on UK TV show 'Lorraine' this morning (13.09.12) about his new shoe collection 'Ciccone', he admitted that he has learned from his mistake, saying: ''We've gotten to a point where, as far as I'm concerned, we're back to being a brother and sister and this is a good place for me.

''What happens between us is private now and there's no other books coming out.''

The 51-year-old creative admits it took time for Madonna, 54, get over her upset about the book but ultimately he believes the experience has been good for him and her.

He added: ''''It's taken a bit to get there, as I understand, but she's my sister and from this point on it's us as brother and sister.

''It's great to reconnect and it wasn't just with her, after the book I really got the chance to reconnect with my family as well.''

Madonna Is In A 'Good Place' With Her Brother