Christoph Waltz To Join Depp And Richards In Pirates 5 - Report

Christoph Waltz Pirates Of The Caribbean 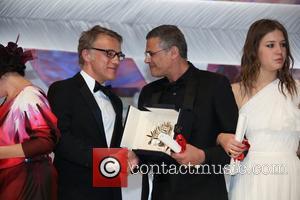 Oscar winner Christoph Waltz is in talks to play the villain again in the fifth Pirates Of The Caribbean movie.

The fifth film in the franchise, subtitled Dead Men Tell No Tales, will be released in 2016.