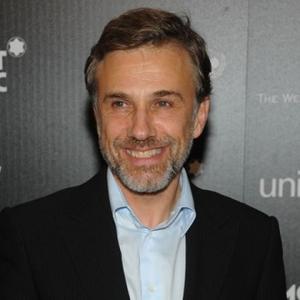 The 54-year-old actor - who won an Oscar the last time he worked with Quentin on 'Inglorious Basterds' - suffered a dislocated pelvis during a horse ride last week, but he is not dropping out of the project.

A representative said: "Christoph Waltz was injured while training with his horse in preparation for his role. Waltz is currently being treated for a dislocated pelvic bone and is looking forward to getting back in the saddle."

Leonardo Dicaprio and Samuel L. Jackson are set to star in the film, about a slave named Django who is liberated by a German dentist-turned-bounty hunter - played by Waltz - and taught the tricks of his trade.

However, his main goal is to recover his wife from villainous ranch owner Calvin Candie.

Kevin Costner - who is currently shooting the role of Jonathan Kent in Superman movie 'Man of Steel' - was also cast as a sadistic slave trainer in the film, but dropped out last week due to scheduling conflicts and personal reasons.