Chrissy Teigen Wants Pregnancy As An "Excuse To Be Bigger"

The model, and wife of John Legend, bared all as part of a photoshoot for Women's Health.

Chrissy Teigen has admitted that part of the reason she wants to get pregnant is so that she has an excuse to put on weight. The 29 year old model, who is married to soul singer John Legend, has said that it would be a good reason to enjoy some of the food she mustn't eat if she wants to stay slim.

The star of ‘Lip Sync Battle’ spoke to the UK edition of Women’s Health, for whose cover photograph she also posed nude, and spoke about her ambitions to start a family. “I'd love to have an excuse to be bigger,” she revealed. “People will know as soon as I'm pregnant because I'll stop drinking.” 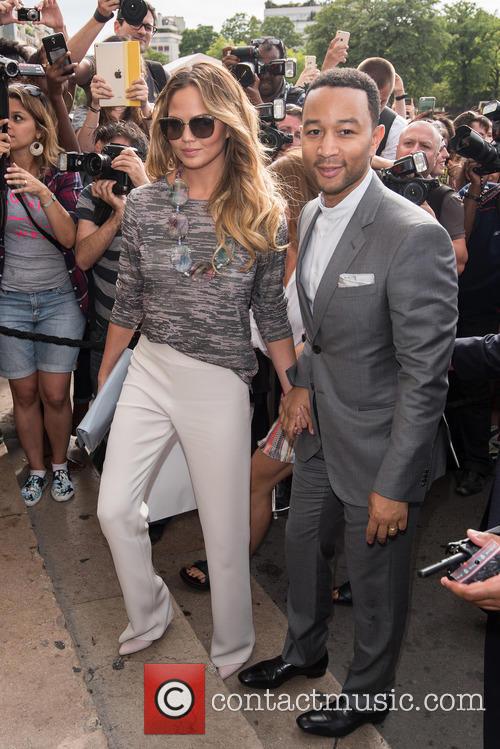 She also said that keeping a slim figure doesn’t come easily to her, finding it very hard to stick to a diet because she enjoys nice food too much. “I've always had to watch myself. My family is not naturally thin and we put on weight quickly. I find low-carb works for me.”

“I used to take pride in the fact I didn't have to work out,” she bemoaned to the magazine, “and then I hit that age where you have to. I want to drink champagne and have hearty dinners, so I would rather work out for an hour and be able to do what I want.”

Teigen has always been forthright about her appearance, and has eschewed the artificiality involved in being a model and insisted that her photos are not airbrushed or edited in any way. “I would love to have a little fat on my sides so I can be sexy, curvy. I’d love a big butt. But I just can’t get there.”

As for her career and the timing she wants for starting to have children, Teigen admitted that she had always assumed that her life might become less hectic at some point, but it hasn’t turned out that way. “I'm waiting for things to slow down, but things don't seem to be slowing down, ever, so I think, 'Just have one and deal with it.’”

More: Chrissy Teigen is no longer using Photoshop: “we forget what real people look like”