Chrissy Teigen has welcomed a bearded dragon into her home, which will be a gift for her son Miles' second birthday. 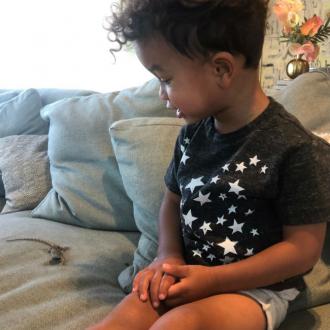 Chrissy Teigen has welcomed a bearded dragon into her home.

The 34-year-old model is ''proud'' to have added a tiny reptile to her household, which is an early birthday gift for her and husband John Legend's son Miles, who turns two on Saturday (16.05.20).

However, Chrissy thinks the latest addition to her home will only add to her stress levels.

She wrote on Twitter: ''yes I am now a proud bearded dragon owner! he is very little right now - I got him for Miles' birthday but I know we will share a lifetime of happiness and cuddles (well his lifetime) (maybe mine at this stress rate) (sic)''

The 'Chrissy's Court' host - who also has four-year-old daughter Luna with her husband - will let Miles name his new pet, joking he'll probably opt for a moniker in honour of his favourite thing.

Asked its name by a fan, she replied: ''no name yet! gonna let miles name him when he officially gets him on his bday! so I'm guessing his name will be ''cars'' (sic)''

Later in the day, Chrissy shared a photo of the tiny creature sitting on Luna's chest.

She captioned the post: ''''welcome to the family, bearded dragon without a name! we are gonna take good good care of you with many cuddles and lots of love.(sic)''

She then shared another photo of Miles sitting on the sofa with the bearded dragon next to him, which was simply captioned: ''Hi.''

Earlier this year, the family also adopted a poodle puppy.

Chrissy shared a video of the dog in January and wrote: ''This is petey! another little heart in this house to love (sic)''

John and Chrissy used to have another dog, English bulldog Puddy, but he sadly died in 2018.