Morgan wrote a response to Aniston’s op-ed about the media’s constant speculation that she is pregnant, criticising the actress for being airbrushed on magazine covers .

Chrissy Teigen engaged in a war of tweets with Piers Morgan on Wednesday (July 13) over his criticisms of Jennifer Aniston’s op-ed piece about body shaming and her constant pregnancy rumours. The model and presenter called the former CNN host a ‘piece of shit asshole’, after reading the column he had penned for Britain’s Daily Mail newspaper. 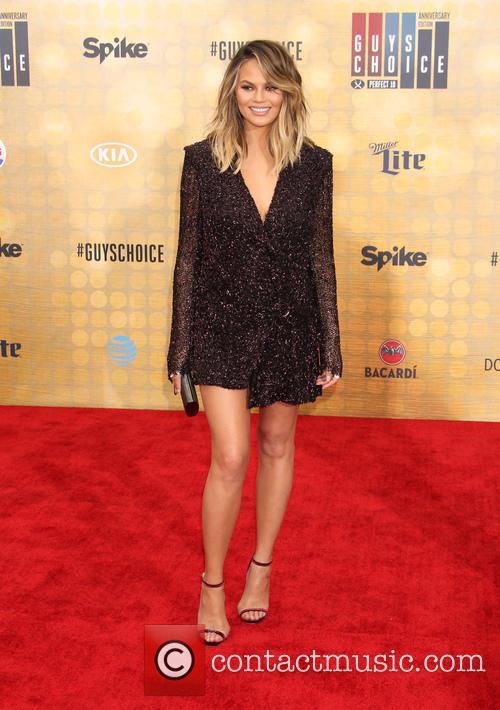 Chrissy Teigen has called out Piers Morgan on twitter.

Teigen tweeted: “@piersmorgan saw your piece on Jennifer Aniston. Why do you ALWAYS take the road of being the piece of shit asshole? Particularly with women and people of color. tell me it's just for clicks?? Please tell me you aren't TRULY this vile.”

“I think you aren't this bad & have simply sold your soul for clicks. Which is even sadder than actually believing your garbage,” she continued. Morgan responded by telling the model: “You didn't actually read it did you...? Try doing that before throwing another diva tantrum.”

“Unfortunately, I read it. I'm not so much a diva as I am a person who slows down at car crashes, apparently,” Teigen responded. Morgan then accused her of using him for clickbait, adding, “hush before your sanctimonious spleen bursts.”

More: Jennifer Aniston Is Not Pregnant! And She's 'Fed Up' Of Saying It

But Teigen hit back replying: “You're right. It's ME who writes weekly columns demeaning and criticising women and black people. All me. Goodbye, King troll.” Morgan then called Teigen the ‘world's biggest, lamest 'celebrity' troll’, before referencing her husband John Legend and adding: “Your husband's a genius so I forgive your childish impudence.”

“My husband thinks you are one of the most misogynistic, condescending morons on the planet but thank you,” Teigen replied. Morgan then snapped back, telling her: “Well he married you, so we all have our problems.”

Teigen then blocked former CNN host after telling him, “you just cannot stop proving my point.” This isn't the first time Teigen has called out Morgan on twitter. Just last month Teigen and Legend argued with Morgan over comments he had made about Muhammed Ali.

More: Emily Ratajkowski Recalls How Her Naked Selfie With Kim Kardashian Came About

Morgan had tweeted: “Muhammad Ali said far more inflammatory/racist things about white people than Donald Trump ever has about Muslims. I hope people don't make me sound too perfect when I die. No coats of sugar please.”

Legend responded to his tweet by telling him, “you could test us by announcing your retirement” with Teigen adding, “from what? trolling isn't a job (I've tried).” In response Morgan commented, “Maybe I should take up a proper job, like modelling?”

Teigen then told him “Maybe I should take up a proper job, like modelling?” The pair then had a lengthly back and forth which ended with Teigen declaring: “I can't tweet him anymore. He has fans somehow and they...they aren't quite "all there", as they say.”

'You're gonna give yourselves a heart attack': Chrissy Teigen slams eyebrow transplant critics