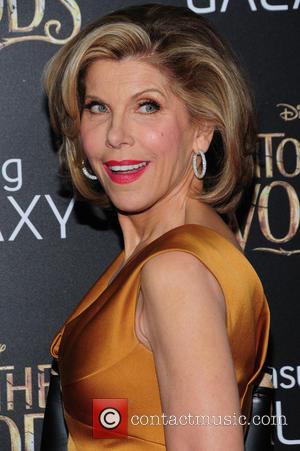 Picture: Christine Baranski - Photographs from the red carpet as a vast array of stars arrived for the World Premiere of Disney's film musical 'Into The...

The actress and her husband inherited the 18th century farmhouse from his parents and raised their kids there.

She says, "It's in this little rural town and there is a well-known ghost named Barefoot Charlie in the house. He's not malevolent.

"He definitely makes mischief; my husband said when he was a little boy he heard a piano being played downstairs and his brother and he were the only people upstairs and there was nobody in the house.

"He takes things. If you buy a new hammer or a pair scissors you're like, 'Where is it?' It's gone."

Baranski isn't the only star to share a Connecticut home with a spook - pal Meryl Streep also has a ghost in her state retreat.