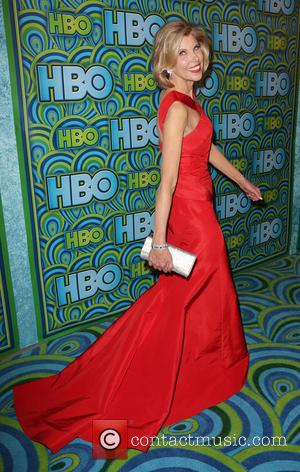 Actress Christine Baranski has been revelling in her new role as a first-time grandmother.

The Good Wife star, 61, reveals her eldest daughter, Isabel, gave birth to a baby boy before Christmas (13), and she has been serving as the tot's babysitter whenever she can.

The New York-based actress says, "My grandchild arrived December 2nd and his name is little Max Murphy and he is, of course, the cutest little kid in the world. And my daughter and her husband live only 20 blocks away so I am the babysitter par excellence (best babysitter)!"

However, Baranski admits her husband, actor and playwright Matthew Cowles, is refusing to let the child call him granddad: "I think he's undecided (about what he wants to be called) but it's not going to be grandpa, it's going to be something interesting."

Baranski and Cowles are also parents to a daughter named Lily.