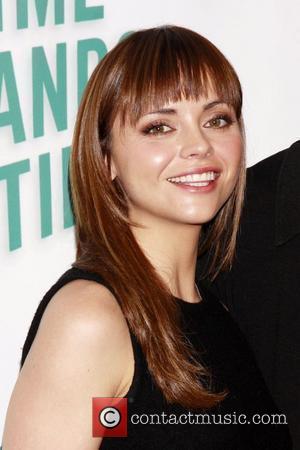 Christina Ricci, the multi-award winning actress, will make her debut on Broadway tonight (6th October 2010) when she appears in Donald Margulies' 'Time Stands Still'. 30-year-old Ricci stars alongside Laura Linney, BRIAN D'ARCY and Eric Bogosian in the four-person play, and will perform eight-times a week until January 2011.
The play premiered on Broadway in the Spring of this year, but took a summer hiatus. However, it is Ricci's first appearance in the production, as she will take over the part of 'Mandy', originally played by 'Clueless' star Alicia Silverstone. Despite her film experience however, Ricci still admits she is nervous about her stage debut, telling the Press Association. "I always was really, really, really against doing anything in front of a live audience. I've always had stage fright", before adding, "I don't like speaking in front of people. I don't like to present at awards shows - that to me was always the scariest thing ever".
The Tony Award nominated play will begin its run tonight at the Cort Theatre in New York, and tells the story of 'Sarah' and 'James', a photographer and journalist who share a passion for documenting the horror of war. Speaking about the play, Ricci said, "It's an incredible experience. It's totally different than anything I've ever done".