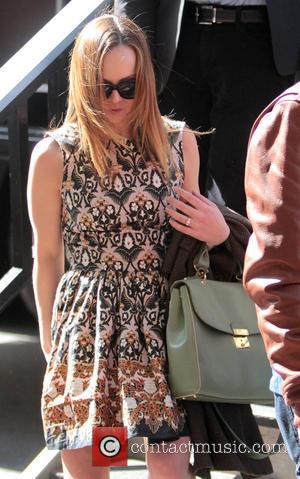 Christina Ricci is planning a wedding - she has secretly been engaged to James Heerdegen since late last year (12).

The Sleepy Hollow actress let the big news slip during the launch of her new Makeup Forever launch in Los Angeles on Friday (01Feb13).

The actress met her cameraman husband-to-be on the set of doomed Tv drama Pan Am at the beginning of 2012 and they have been inseparable ever since.

Confirming the news on Friday when a keen-eyed fan spotted a ring on her wedding finger and asked the million-dollar question, Ricci replied, "We got engaged a couple months back."

The actress was previously engaged to Owen Benjamin in 2009.