Christina Milian stuck to a diet of water, raw vegetables and salads to lose the baby weight after giving birth to 11-week-old Violet Madison. 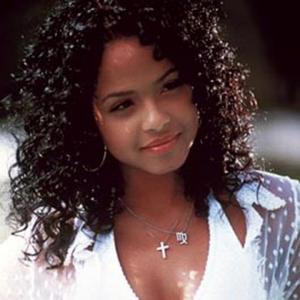 The 28-year-old singer gave birth to her first child Violet Madison in February - who she has with her record producer husband The-Dream, real name Terius Youngdell Nash - but managed to quickly shed her extra pregnancy pounds with a strict healthy eating regime.

Discussing her tips, she said: "A lot of liquids, a lot of water, a lot of raw vegetables and salads. I stuck to that and it all came off."

However, Christina also believes expressing milk with a breast pump helped - and she is rarely without her handy tool.

She told People.com: "I always pump everywhere. It's a little embarrassing to say but it's part of the whole thing.

"Violet is just always so happy the second she wakes up. She has a smile on her face. She's the best baby ever."

The-Dream - who has three other children with his ex-wife Nivea - is also a doting father and has reportedly bought the 11-week-old tot a car and a house.

Christina and The-Dream married when they eloped to Las Vegas on September 4, 2009.