Christina Hendricks has landed a role in Sarah Jessica Parker's forthcoming comedy movie 'I Don't Know How She Does It'. 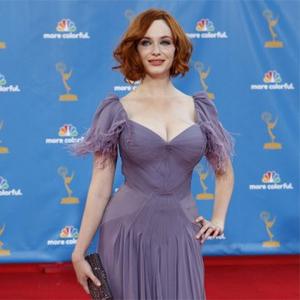 Christina Hendricks has joined the cast of 'I Don't Know How She Does It'.

The 'Mad Men' star will star alongside Sarah Jessica Parker in the comedy film version of the book by Allison Pearson, which has attracted fellow TV stars Seth Meyers and Olivia Munn.

Flame-haired Christina will play a friend of Sarah Jessica's character Kate Reddy, who is finding it hard to balance a happy home life with her work.

Olivia is set to play a work colleague while Pierce Brosnan and Kelsey Grammer have also closed deals to star, according to the Los Angeles Times.

Douglas McGrath is directing the project, which is due for release in 2011.

Despite being best known for her role as office manager Joan Holloway in 'Mad Men', 35-year-old Christina did land a role in Katherine Heigl movie 'Life As We Know It' earlier this year and will be seen in 'Drive' with Ryan Gosling and Carey Mulligan in 2011.