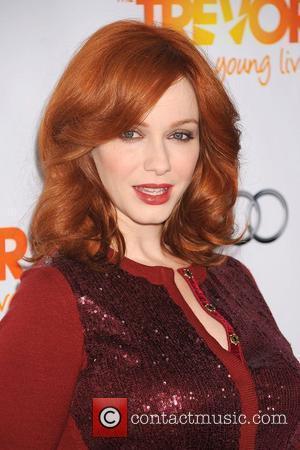 Christina Hendricks struck gold when she was hunting for her wedding dress - she found her dream gown while she was searching for a Golden Globes outfit.
Actor Geoffrey Arend proposed to the Mad Men beauty in late 2008 but Hendricks was in no hurry to plan her look for the big day.
She went for a dress fitting with designer Carolina Herrera for 2009's Golden Globe awards - and instantly fell in love with the "perfect" gown for her wedding.
Hendricks tells Britain's Cosmopolitan magazine, "It was a classic column dress by Carolina Herrera with a sweetheart neckline, and a vintage-looking bustle on the back. It was the only one I tried on!
"I'd been to get a dress for the Golden Globes and, while I was there, they said, 'Why don't you try this?' It was perfect."
The actress and Arend married on 11 October, 2009.