Christina Hendricks was dropped by her agency after agreeing to take on the role of Joan Harris in 'Mad Men'. 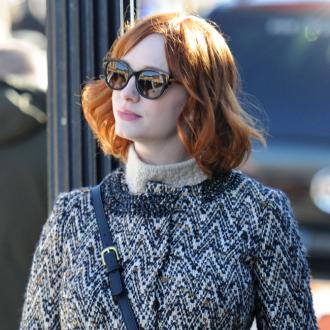 Christina Hendricks was dropped by her agency after accepting a role on 'Mad Men'.

Hendricks, 39, stars as Joan Harris on the AMC period drama set in an advertising agency and she's revealed her personal experiences with agencies are nearly as turbulent as those of her on-screen character.

She told The Guardian newspaper: ''[My agency] said, 'It's a period piece, it's never going to go anywhere. We need you to make money and this isn't going to make money.' They ended up dropping me.''

Hendricks explained that she and her manager were both charmed by the role of Joan, and soon realised that she had lots of potential to develop the character.

She added: ''I had been on several shows that were meant to be the big ones, that would go on forever, and they didn't. So there was no sure bet and I'd already taken a chance on them, and I felt, why not do the one you're in love with and take a chance on that?''