Fans gathered to pay tribute to ‘The Voice’ singer, who was fatally shot in Orlando on June 10th.

Thousands of fans gathered in New Jersey on Friday (June 17) to say goodbye to ‘The Voice’ contest Christina Grimmie, who was fatally shot on June 10th while signing autographs after a show. At the service Grimmie’s parent spoke of their heartbreak in front of family, friends and fans of the 22-year-old Youtube star. 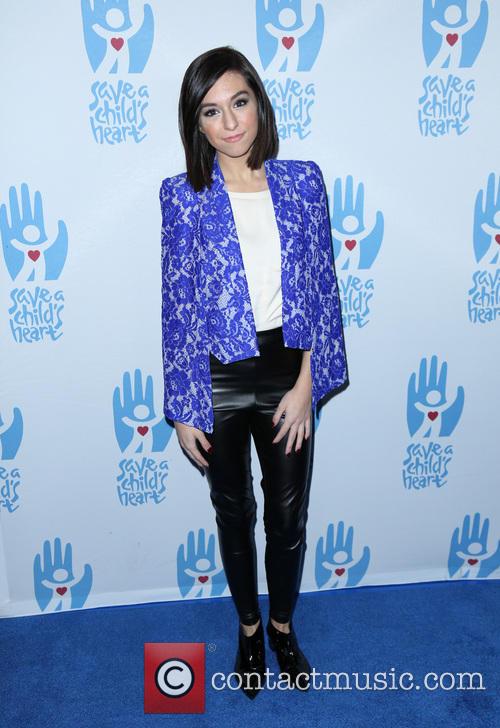 Thousands have paid tribute to Christina Grimmie during a memorial service in New Jersey.

Speaking at the service Grimmie’s mother Tina paid tribute to her son Marcus, who had jumped in front of gunman Kevin James Loibl and wrestled him to the ground. "Marcus, I want to say this publicly and from everyone,” Tina said.

"I want everyone to know he has been so good to his moma. He has loved me and he has stood by my side. To anybody who says that I'm strong, I want you to know that I'm the weakest person here and I declare my dependence on Jesus Christ because I don't have anything else. It's just so much.”

Tina’s husband Bud then added: “I want to share what I've shared with several people here and that's there's this gigantic hole in my heart that I know is never going to go away. But God showed me that he's way bigger than that hole.”

“The three things that keep me walking upright, otherwise I would just be a crumpled up mess in the corner, are that: I know I'm going to see her again. She's way better off now, she's more alive now than she's ever been, she's not going to be hurt anymore, and thirdly, and this is where I'm wrestling, is that God's plan is better than my plan.”

The singer had been laid to rest the day before at a small, intimate funeral in Medford, New Jersey. The funeral was paid for by Maroon 5 singer Adam Levine, who served as Christina’s mentor on ‘The Voice’.