Christina Applegate is to return for the 'Anchorman' sequel after producer Judd Apatow confirmed ''she will be back'' for the follow up to the 2004 comedy movie. 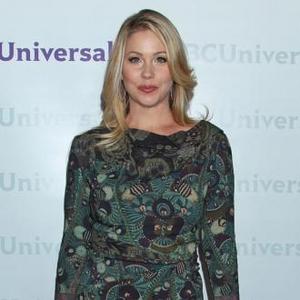 Christina Applegate is to return for the 'Anchorman' sequel.

The 40-year-old star looks set to reprise her role as Veronica Corningstone in the follow up to the 2004 comedy movie starring Will Ferrell as Ron Burgundy after producer Judd Apatow confirmed she is onboard to appear in the forthcoming motion picture.

When asked if Christina will make an appearance in the movie, Judd told E!: ''She will be back.''

Judd is also hoping the movie will follow on from the first film - which starred Steve Carell and Paul Rudd, who are both expected to return for the sequel - and feature a number of celebrity cameos after attracting Jack Black, Ben Stiller and Luke Wilson for the original motion picture.

He added: ''I know that they want to do a lot of that. I just don't know who they're specifically thinking about.''

Christina has previously signalled her intentions to return for the sequel, despite admitting last week that she is yet to receive a formal offer to star in the project.

She said: ''I really don't know the status or if it's all going to happen.