Actress Christina Applegate Has Branded Turning Down The Lead Role In Legally Blonde One Of Her "Biggest Regrets". 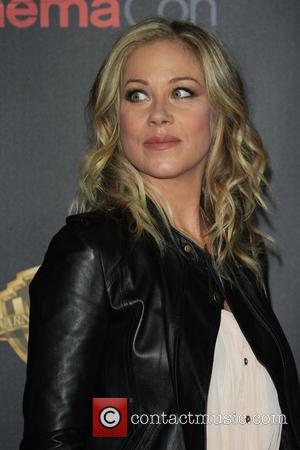 Picture: Christina Applegate - Shots of a host of stars as they arrived for the 2015 CinemaCon which was held at Caesars Palace Hotel & Casino...

The star was finishing up her stint as ditzy Kelly Bundy on U.S. sitcom Married... With Children when she was offered the job as sorority girl Elle Woods, who sets about earning her law degree in a desperate bid to win back her boyfriend.

However, Applegate was tired of being typecast as "a dumb blonde", so she rejected the role, which eventually went to Reese Witherspoon and turned her into a household name.

She tells the New York Daily News, "I kept getting sent scripts for dumb blondes and here's one of my biggest regrets: one of those was Legally Blonde. I just didn't want to play a dumb blonde again. Well, that was stupid."

Despite her "stupid" decision, Applegate insists is comfortable with the direction her career has taken.

She continues, "(I've) never really being highly successful. If you never make the A-list and stay at a nice respectable B, you can sustain it longer."