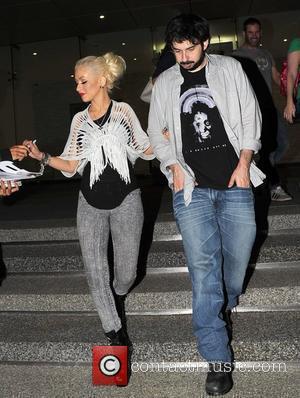 A rep for Christina Aguilera's record label has denied bosses have fallen out with the singer over the relatively poor sales of her latest album BIONIC.
The Dirrty superstar released her fourth disc in June (10) - her first in four years - and has only manged to shift 200,000 copies of the album in the five weeks it has been on sale in the U.S.
The record also made chart history in the U.K. for being the lowest-selling album to make it to the number one spot in eight years, as well as suffering the quickest decline of a chart topping disc.
Reports claimed the poor sales stemmed from Aguilera refusing to listen to her label's suggestions that she needed to update her pop sound to compete in a modern market - but a rep from RCA Records insists the singer is still one of the company's top talents.
The spokesperson tells New York Post gossip column PageSix, "(Aguilera) is a pillar of the RCA Music Group and is an undeniable talent with one of the greatest voices of our time. She continues to push herself as an artist, and we are behind her efforts 100 per cent."
Her manager, Irving Azoff, adds, "I am the one who deals with the label, and (reports of a bust-up) couldn't be further from the truth."