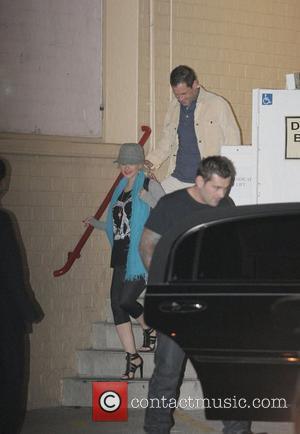 Christina Aguilera insisted on turning her baby son's bris into a big celebration - and decorated her home with "penis balloons". Aguilera, a Catholic, has adopted all the customs and holidays of her husband Jordan Bratman's Jewish religion, and admits she now knows how to celebrate the rite of male circumcision. The pop star refused to allow the sacred ceremony to become a sombre affair and turned the bris into a big party. She says, "I'm not Jewish, my husband's Jewish... I never really knew a lot of Jewish people growing up either, so I really had no idea about the bris and all the Jewish holidays. It's all a learning process for me. "It (bris) was a very sweet experience; we had a lot of close friends come over and experience the bris with us. "We're such a non-conventional couple, we had a lot of penis balloons everywhere." Aguilera and Bratman welcomed little Max Liron Bratman into the world on 12 January (08). The naming and circumcision ceremony took place on 20 January (08). The bris usually takes place on the eighth day after the birth of the child and is attended by family and friends, who then join the parents for a celebratory meal.