Christina Aguilera is said to be upset that Gwen Stefani has replaced her on 'The Voice' USA because she is concerned about getting the job back. 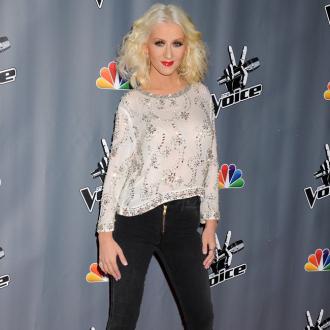 Christina Aguilera is reportedly upset that Gwen Stefani has replaced her on 'The Voice' USA.

The 'Your Body' hitmaker is taking a break from the series after giving birth to her daughter - Summer, who she has with fiancé Matthew Rutler - last month, but she is said to be concerned she won't be asked to return to the show next year.

A source said: ''Christina is extremely threatened by [her temporary replacement] Gwen. She knows that if the ratings are higher on Gwen's season than they were on hers, the producers may have no choice but to ask Gwen to stay on.''

The insider added: ''Christina's in a world of paranoid right now.''

The blonde beauty, 33, who also has son Max, five, with her ex-husband, Jordan Bratman, is also said to be concerned about Taylor Swift's role on the show with 24-year-old singer set to join the series as an advisor.

But the source told OK! magazine: ''She's ready to fight for her spot.''

Up until this year, Christina has shared a rotating spot on the judging panel with Shakira, who is also expecting her second child.