‘The Voice’ judge channelled her fellow ex-Mouseketeer when she stopped by ‘The Tonight Show’ sofa on Monday.

Christina Aguilera might be about to make her return as a judge on NBC singing competition ‘The Voice’, but the pop diva proved she has more than a few ‘voices’ in her repertoire, when she appeared on Monday's edition of ‘The Tonight Show Starring Jimmy Fallon'. The host challenged Xtina to a game of ‘Wheel of Musical Impressions’ while on his sofa, but Fallon probably wasn’t expecting his guest to be such an expert mimic. 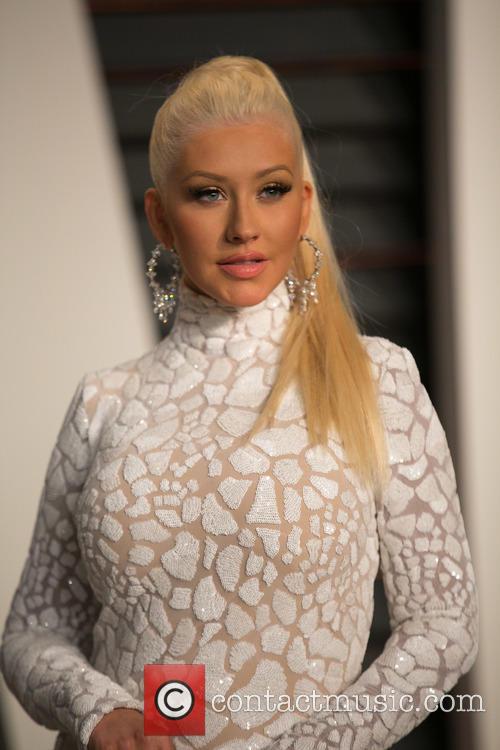 Christina Aguilera could have fooled us with her Britney impression.

Aguilera was first challenged to sing the "Folgers Coffee" jingle in the style of her Burlesque co-star Cher, which she managed perfectly. Then Fallon’s turn came, where he delivered a pretty impressive impression of David Bowie, if he were to sing ‘You're a Grand Old Flag’.

But the highlight came when Aguilera was tasked with mimicking her old rival Britney Spears singing ‘This Little Piggy’. The singer then proceeded to deliver an impression of Spears singing the nursery rhyme that was so spot on, if you’d closed your eyes you would have believed it was Britney herself.

Host Fallon was so impressed he jumped out of his seat clapping, telling Aguilera "That was fantastic.” Adding that it would be “hard to top,” but he’d try. Fallon next performed "Itsy Bitsy Spider" as Michael McDonald and while he was also impressive, we really hadn’t recovered from Aguilera’s turn as Britney.

Before the segment ended ‘The Voice’ judge had one more trick up her sleeve, as she gave another spot on imitation, this time doing ‘The Golden Girls’ theme in the style of Shakira.

The 34 year old also used her time on Fallon’s couch to open about motherhood and her 6-month-old daughter Summer Rain Rutler. “She’s a gem," Aguilera, who is also mom to 7 year old son Max said, before adding that she’d already noticed the difference between raising a boy and a girl.

"There is a big sensitivity level," the singer said.  "It takes a little while longer...to calm her down. She's a girl. She's more emotional. It takes her forever to quiet back down.”

Aguilera also talked about her return to 'The Voice' this season, saying, "Every time I come back it gets easier and easier because they've got the routine down...It's a good time.”

“I just sit there and laugh all day and listen to their potty humour and dirty jokes. Thank God I can roll with it. It's like having two grown babies as well,” she added.