Christina Aguilera: 'There's Plenty Of Room For Me And Britney On Tv' 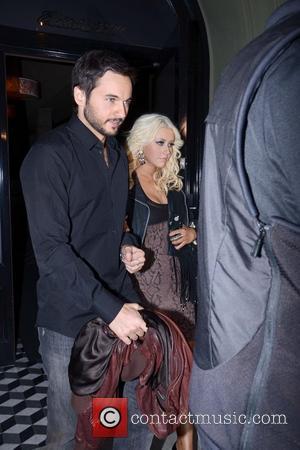 Christina Aguilera is refusing to enter into the war of words between the bosses of her U.S. TV talent show The Voice and rival The X Factor, insisting she wishes her old pal Britney Spears nothing but the best as she kickstarts her stint as a judge on Simon Cowell's series.
Cowell and The Voice producers have been locked in battle for the past 10 days after executives at Aguilera's show opted to go head to head with the second season debut of the Brit's X Factor on Wednesday (12Sep12).
The TV mogul insists they only did that in a bid to ruin Spears' big moment as she was welcomed to the judge's table - and the move appeared to have worked because The Voice won in the ratings.
But, just as Spears isn't stirring up the drama behind the scenes, her former Mickey Mouse Club co-star has nothing but good things to say about her old friend.
Aguilera says, "I welcome them on to the TV family; it's a fun place to be... We've been in this business for a long time and I have nothing but respect for Britney... There's room for all of us."