Christina Aguilera thinks it may be time to meet with her estranged father, who she has not seen in 12 years. 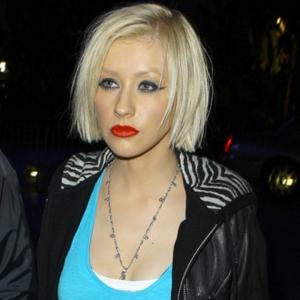 Christina Aguilera thinks it is "time" to meet with her estranged father.

The 'Beautiful' hitmaker has been opened about her strained relationship with her parent Fausto - who she has previously said was physically and emotionally abusive - but thinks she is now ready to face the past.

Christina married Jordan Bratman - with who she has four-year-old son Max - in November 2005 but they split just under five years later, though the singer insists she wasn't too young to settle down when she did.

She told the new issue of Latina magazine: "Was I too young? Not at all. I did the exact right thing at the time. .I definitely wasn't too young. I have always been older than my age."

The blonde star - who shot to fame as a member of the 'All New Mickey Mouse Club' aged just 13 - also admitted she was shocked when she realised she was no longer one of the younger people in the showbiz industry.

She said: "I was on the set of a film and the choreographer was 19 and I looked around at all the dancers and I was like, Whoa! I'm the oldest person in this room. When did that happen?"