Christina Aguilera is releasing a 20th anniversary edition of ‘Stripped’ and an updated music video for 'Beautiful'. 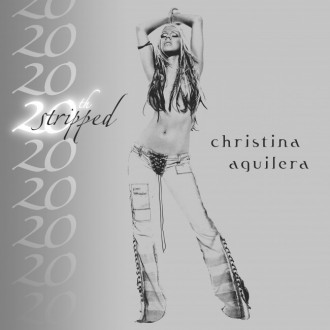 Christina Aguilera is releasing a 20th anniversary edition of ‘Stripped’.

The 41-year-old pop princess is dropping a special edition of her smash hit fourth studio album - which sold 12 million copies internationally - to mark its two decades on Friday (21.10.2022).

The commemorative digital celebration - which will be available in Dolby Atmos for the first time ever - will include fresh cover art and two bonus tracks. A vinyl edition will make its way into the world on 3 March 2023 and is available for pre-order now.

The 2002 LP- which spawned many of Christina’s biggest songs such as ‘Dirrty’, ‘Fighter’ and ‘Can’t Hold Us Down’ and is certified five times Platinum - will be marked with a reimagined music video to her empowerment anthem ‘Beautiful’ by award-winning director Fiona Jane Burgess

The video - which will arrive on the Grammy winner’s official YouTube channel on Wednesday (19.10.2022) - will spread the self-love anthem’s message via young people who have experienced the pressures of social media.

“Tune out and turn in. Take your space, log off, put your mind, body, and soul first.”