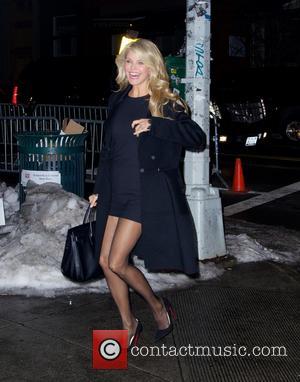 Model/actress Christie Brinkley has called on her ex-husband Billy Joel to duet with their singer daughter before it's too late.

Alexa Ray Joel has followed in her famous father's footsteps and established herself as a musician, and although she covered his classic love song Just The Way You Are for a Gap denim commercial last year (13), the pair has yet to hit the stage or the studio together since performing the rock legend's track Baby Grand at a political fundraiser for U.S. President Barack Obama in 2008.

Brinkley admits she would love to see her ex make a surprise appearance during Alexa's two-week residency at New York's Cafe Carlyle, which wraps on Saturday (12Apr14).

The blonde beauty tells the Hampton Sheet magazine, "She (Alexa Ray) has proven herself and she should say to herself, 'I'm the daughter of a legend... I'm so lucky and I want to sing with my dad while I can.'

"Look at Natalie Cole, she had to sing with a film (of her dad Nat King Cole)... I don't want that to happen, I want them to work together. I think it would be logical now for them to be able to do something together."

Alexa isn't the only Joel to book a New York residency - the Piano Man is playing at the city's iconic Madison Square Garden venue every month throughout 2014.

Soul singer Natalie Cole reworked her father's classics Unforgettable and When I Fall in Love for hit virtual duets, while she also made use of recording technology again last year (13) to 'sing' Acercate Mas (Come Closer to Me) with her dad, who died in 1965. 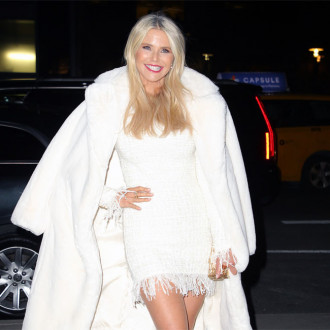