Billy Joel's Ex-wife Christie Brinkley Has Been Linked To Another Rocker After She Was Spotted Out In New York With John Mellencamp. 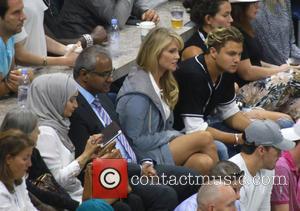 The odd couple was photographed leaving the Big Apple's The Bowery Hotel after a dinner date.

Sources tell U.S. news show Entertainment Tonight, Mellencamp, who shares a publicist with Brinkley, arrived alone and was soon joined by the ageless model. They left together in Mellencamp's chauffeured car after an hour.

Brinkley was married to Joel for nine years, while Mellencamp split from model Elaine Irwin in 2010 and started dating actress Meg Ryan. The couple reportedly split in June (15).