The most heartwarming SI cover shoot yet.

Sports Illustrated have made this year's Swimsuit Issue a family affair by inviting back veteran model Christie Brinkley for the cover shoot after 36 years alongside her grown-up daughters Sailor and Alexa. It will be the first Christie has appeared in the magazine since 2005's 40th Anniversary Issue. 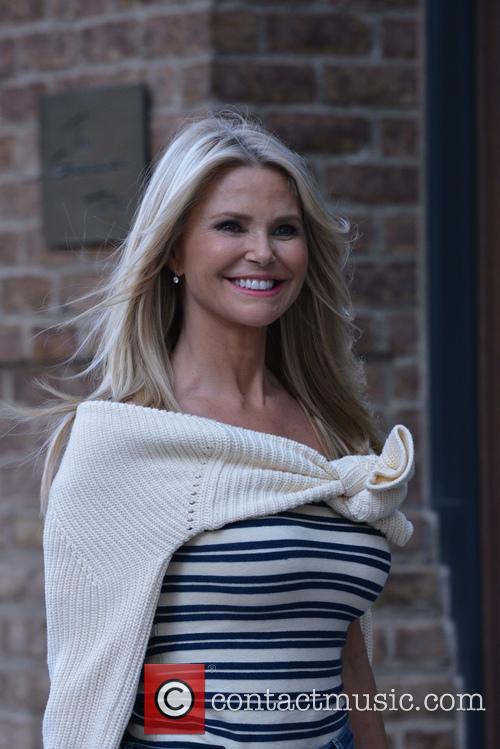 Christie Brinkley dons a swimsuit once again for Sports Illustrated

One of the only supermodels to have been featured on the cover of three consecutive Sports Illustrated Swimsuit Issues, 63-year-old Christie Brinkley is a legend for the publication and is still looking incredibly glamorous even if the mainstream media dictates that she shouldn't be a model at her age. She certainly shows why the hell that's not true!

Christie was the first model to get to appear on the cover more than once, doing so in 1979, 1980 and 1981, and she appeared in the publication no less than eight times over a period of thirty years. And now she'll be the first model to be featured on the cover alongside her two daughters: 18-year-old Sailor Brinkley Cook and 31-year-old Alexa Ray Joel.

Christie Brinkley is back in a bikini (and she's brought two very special guests)! https://t.co/ODeeuhXCms pic.twitter.com/8v2v1Wwfy3

'This is a real full circle moment for me', Christie said in an interview during the shoot. 'I can get very emotional about this. How many years ago, I was that insecure girl hoping that I would be good enough for the magazine. So to see my daughters now having the same thoughts I had, and to be able to see them actually be there on the job, was definitely a big moment.

'I couldn't even believe my ears when I got the call that MJ [Day - editor] wanted to shoot my daughters and me. I was thrilled.'

Alexa is Christie's daughter from her marriage to Billy Joel between 1985 and 1995, while Sailor - who is basically the spitting image of her mother - is the daughter of architect Peter Halsey Cook, with whom Christie was married between 1996 and 2008.