Piano Man Billy Joel Was So Intent On Wooing Christie Brinkley During A Vacation On Holiday Paradise St. Barthelemy, He Didn't Realise Fellow Model Elle Macpherson Was After Him. 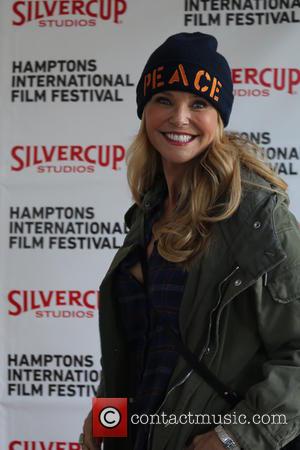 Brinkley, who later became the second Mrs. Joel in 1985, admits her ex-husband was spoiled for choice as he performed at a beach bar.

The ageless model, who was on St. Barts working with Elle, reveals the two stunners and a young Whitney Houston were all in the bar on the night Billy decided to show off his talents in a bid to impress his future wife.

"He was like, 'This is where I get the girls...', she recalls, "and then Whitney Houston walks up and she's like, 'I can sing!' And he's like, 'Run along kid...' and then Elle Macpherson comes with her body and her body was, like, flawlessly draped here and there, so he's like, 'OK, I've gotta sing now...'"

But he was encouraged to let a then-unknown Houston sing and she wowed everyone, before Billy could belt out his hits.

However, his performance was enough to get him a series of vacation dates with the supermodels: "For the next few nights, we all got together and did things, and Billy got more and more crisped up in the sun and he was just so bright red and shiny in his little Hawaiian vacation shirts," Brinkley smiles.

"I thought he was really funny... Everybody was kinda liking everybody else; there was this cute sailor that I kind of liked, and there was Elle, and my photographer was in love with Elle, and Elle really liked Billy... Her body said it."

But the romance between Christie and Billy didn't spark up for several months, after the musician offered the model his support after her boyfriend died.

"It was many months later before we saw each other again and we became really good friends and then it sort of changed over..." Christie tells Access Hollywood Live. "My boyfriend was killed and so three months later Billy was like, 'I'll be here for you during this time...' We just started hanging out. We were friends for a while and then we fell in love."

The couple dated for a year before Billy proposed and they were engaged for 12 months before Christie became Mrs. Joel. They were married for eight years and became parents to singer Alexa Ray.